Before the advent of satellites, doppler radar, and smartphone apps, how did we forecast the weather? Humans have spent generations observing nature and honing in on indicators of what winter has in store for us. Some of these folksy predictions show that our ancestors’ grasp on causality was not always accurate. However, there are some winter folklore observations that possibly have scientific ties to actual climate patterns. 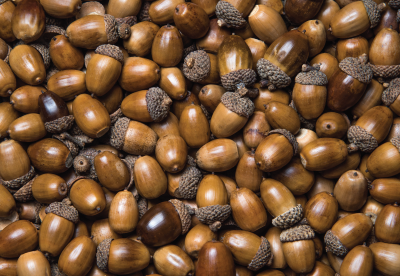 Before we dive into the entertaining world of winter folklore, let us open-mindedly accept the following: plants and animals use senses that we do not possess, in order to adjust to their surroundings and survive.

It is an observable fact that plants and animals are continuously responding to environmental cues that lie beyond human perception. As autumn descends upon us all, deciduous trees around us colorfully respond to small and gradual changes to their angle with the sun. Pine cones open and close their scales in response to almost imperceptible changes in humidity. Before an earthquake, animals show signs of distress.

So, if plants and animals are picking up on cues that we miss... we should watch and learn from their cues perhaps, to gain an outlook on the coming winter!

As the old gardener’s rhyme goes:

Now, the exact origin of this saying is unclear. However, gardeners and farmers have noticed that some crops develop thicker peels and skins before a hard and cold winter season. Possibly this response is the plant’s attempt to self-insulate and protect against plunging temperatures. These crops include not just onions, but apples, and corn ears as well. Remember, this adage applies to locally grown produce instead of those grown hundreds or thousands of miles away. So if you enjoy apple picking in the fall, pay attention to the thickness of the peels, as they may give you hints to the severity of the winter ahead! 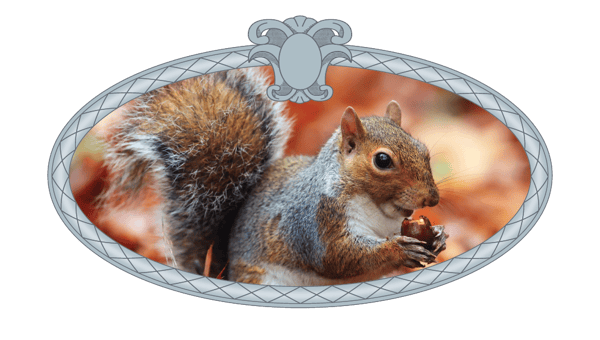 Just as certain plants grow thicker skins to bundle up for the winter, so do some mammals. It is said that squirrels, cows, racoons, and other animals grow noticeably thicker coats in preparation for harsher winters. So if you notice extra bushy squirrels on your property, a particularly cold winter could be on it’s way. In addition to thick, furry coats, watch for their food hoarding activity, because "squirrels gathering nuts in a flurry, will cause snow to gather in a hurry!" 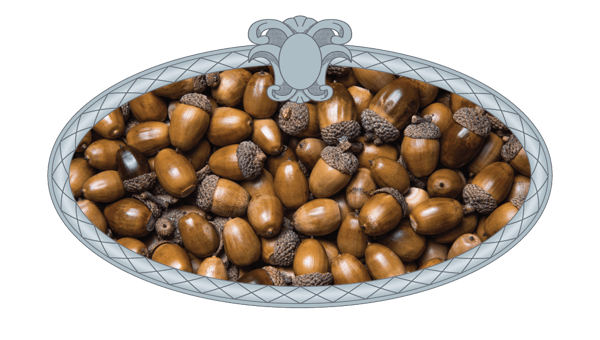 When plants detect that their growing season is coming to an end, they double down on their reproduction efforts. Nut production enters overdrive as the plant works hard to disperse its seeds before it goes dormant for the winter. This phenomenon is very noticeable in oak trees, as their acorn production kicks into high gear before a very cold winter. Acorns and nuts will also grow thicker shells before a colder and snowier winter. 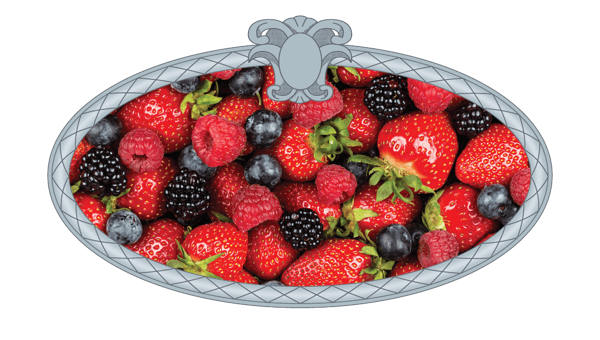 Just as increased nut production can herald a heavy winter, the same goes for certain fruits. If you noticed a specially bountiful berry harvest this year, then you can expect a cold and snowy winter ahead. 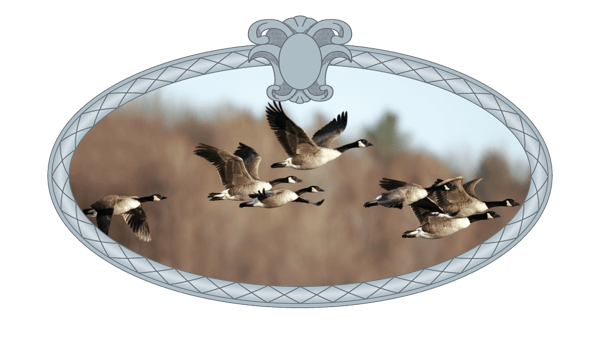 Animal migration is a fascinating subject, and scientists are learning more about it every year. There is 1 unifying and driving force behind all migration in the animal kingdom...survival. Some species will travel up to thousands of miles in the pursuit of food, water, safer temperatures, breeding grounds, or more. In anticipation of a harsher winter, animals get a head start on their migratory patterns. Pay particular attention to geese, ducks, and monarch butterflies flying through your area. If they are hanging around longer than usual, they probably don’t have any reason to leave, and a mild winter is on the way. If they are heading south earlier than usual, follow their lead and get yourself ready for a heavy winter! 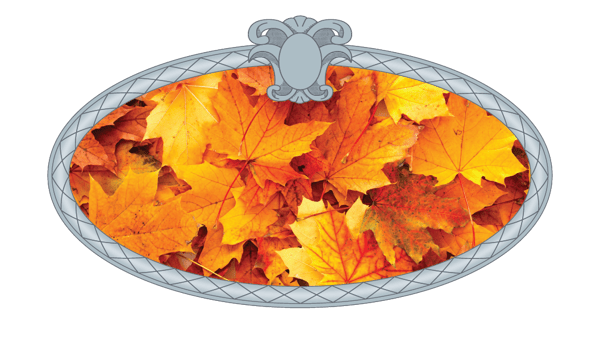 According to fall folklore, the brighter the autumn foliage, the colder and snowier the upcoming winter will be. If leaf colors peak early, then a mild winter may be in store for your area. 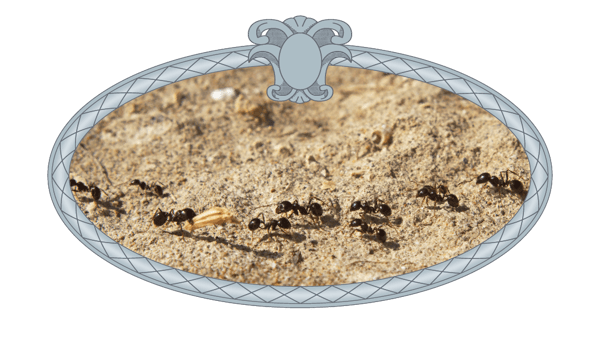 When the weather is nice, ants tend to spread out and explore their area while scouting out new food and water sources. However, when they detect the oncoming threat of wintry conditions, they get organized. To stock up on food, serve the needs of the colony, and expedite their route home, ants will walk in a straight line to advance their timetable.

In pursuit of shelter, many household pests will increase their efforts to get inside your home. Chewing, burrowing, and collecting large food stores are all evidence that wildlife around your home is trying hard to hunker down and share your bunker. 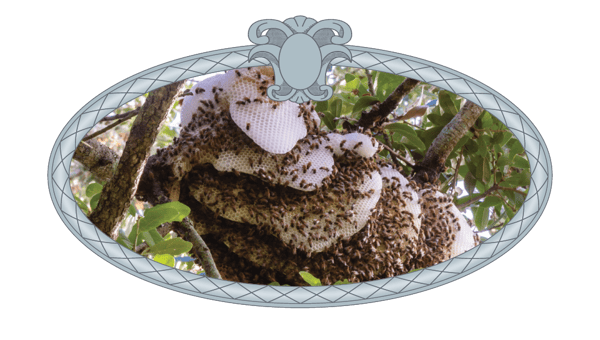 Bees actually have a couple different behaviors that can indicate a severe winter ahead. An old adage states: “see how high the hornet’s nest, ‘twill tell how high the snow will rest.” That means, if they build their hives high in the trees, then you can expect above average snow accumulation. If they start to seclude themselves in their hive earlier than usual, they could also be getting ready for an onslaught of severe winter storms.

Persimmon seeds serve as an interesting piece of winter folklore. When a persimmon seed is cut in half, you can see a white cotyledon, or early stages of a plant embryo developing within the seed. Legend says, the shape of the cotyledon can give clues to the winter ahead. If you see the shape of a knife, then winter will be bitingly cold and “cut like a knife.” If you see the shape of a spoon (or shovel) expect a heavy snowfall. If you see a fork shape, you can expect milder winter conditions. Did you know, the Farmer’s Almanac even consults a “persimmon lady” each year to inform their winter severity predictions?

Some of these folklore sayings and observations actually come with scientific backing. La Niña conditions, like those we experienced this year, can lead to especially cold winters. So if you notice birds leaving early, leaves falling quickly, and tougher than usual onions and apples, it may be due to drought conditions brought by La Niña.

Ice Slicer Nature’s Blend: Because Not Everyone Likes Surprises

No matter what kind of winter is headed our way, early preparation is the best way to stay ahead of the weather. Stock up on snow fighting supplies before inventories get depleted, and prepare your homes and vehicles for the coming months. When preparing your winter arsenal, give yourself the best snow fighting tools available. Nature’s Blend from Ice Slicer gives you all the high power performance of road salt, but is safe to use at home. 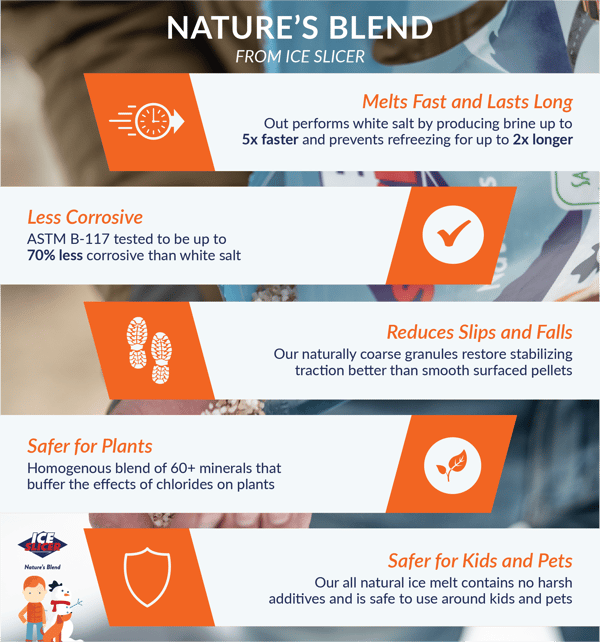