Winter road maintenance is most effective when approached from 2 sides: prevention and correction. Efforts to both prevent and correct/remove snow buildup, can help save lives, extend resources, and keep vital transportation lines clear. Here we will learn specifically about how to prevent and reduce snow drifts from accumulating on vulnerable roadways during the winter. 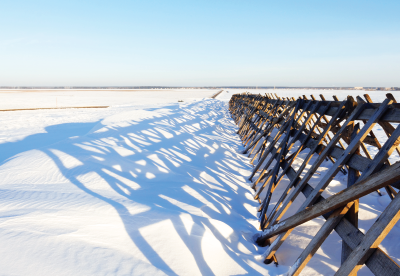 The Formation of Roadway Snow Drifts

A snow drift is a deeper deposit of snow caused by wind. They can form quite unevenly and when formed on a roadway, they can be extremely dangerous. Once a snowdrift starts to accumulate, it can build up quickly and sometimes engulf entire roadways. Highway maintenance organizations use a wide range of data to help them identify snow drift prone locations.

Weather data can help inform localities about some of their snow drift risks. These factors include:

Meteorological factors are important, but are also difficult to control. Fortunately, data from the road itself can show other factors that are easier to manipulate in order to steer snow into safe areas. Road data factors include: 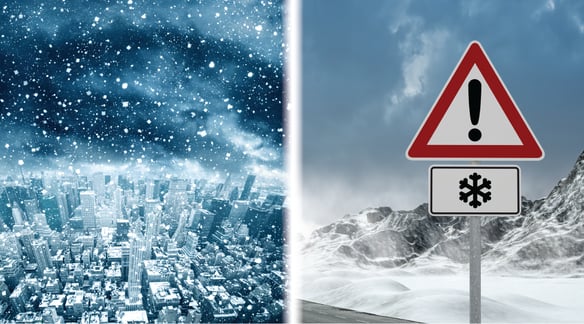 In an urban environment, buildings and other wind obstructions are often closer to the roadway than in rural areas. Preventing snow drifts is more difficult in developed locations. For that reason, urban road maintenance crews typically focus on snow removal instead of snow drift prevention.

Stretches of road through wide, open terrain are more vulnerable to blowing snow that builds drifts and reduces driver visibility. However, in rural environments, more preventions can be taken. Localities have more control to craft and maintain roadsides that prevent and/or reduce drifts. Let’s take a closer look at some of these drift prevention measures.

Once a vulnerable roadway has been identified, there are several measures that can be taken to improve road safety. The first step is to pinpoint prevailing upwind and downwind directions.

Fast moving wind streams pick up and carry snow with them. When these wind streams hit an obstacle, they lose speed and deposit the snow they are carrying. Ideally, these obstacles (natural and manmade) should be far enough upwind to force a wind stream to deposit snow before it reaches the road. This not only keeps the road surface clearer, but also improves visibility for the drivers.

One of the most effective and common snow drift management techniques is to build snow fences.

As snow laden wind blows towards a snow fence, it is forced to blow through and around the fence slats. The wind stream then loses speed and energy as it hits the fence. As wind speed decreases, the suspended snow particles drop downwind of the fence and deposit a snow drift behind it.

According to the Strategic Highway Research Program (SHRP), a snow fence should be placed at a distance equal to 35x its height. So, if a snow fence is 10 feet tall, it should be placed 350 feet upwind from the vulnerable roadway. This gives the wind plenty of space to slow down and drop the snow it's carrying before hitting the road.

Snow fences provide both winter and summer benefits. Because they create large snow deposits, they capture a lot of slow-melting moisture for the dormant vegetation below. As a result, areas downwind of a snow drift enjoy thicker and lusher vegetation during the growing season. They also provide areas of shady respite for wild or domestic herds.

Some states encourage landowners to plant or leave strips of vegetation upwind from a roadway. These strips of vegetation act as living snow fences and can range from shrubs, to corn stalks, to tree lines. The Minnesota Department of Transportation (MNDOT) for example, actively educates and recruits residents to help keep their roads safer by maintaining living snow fences on their property. 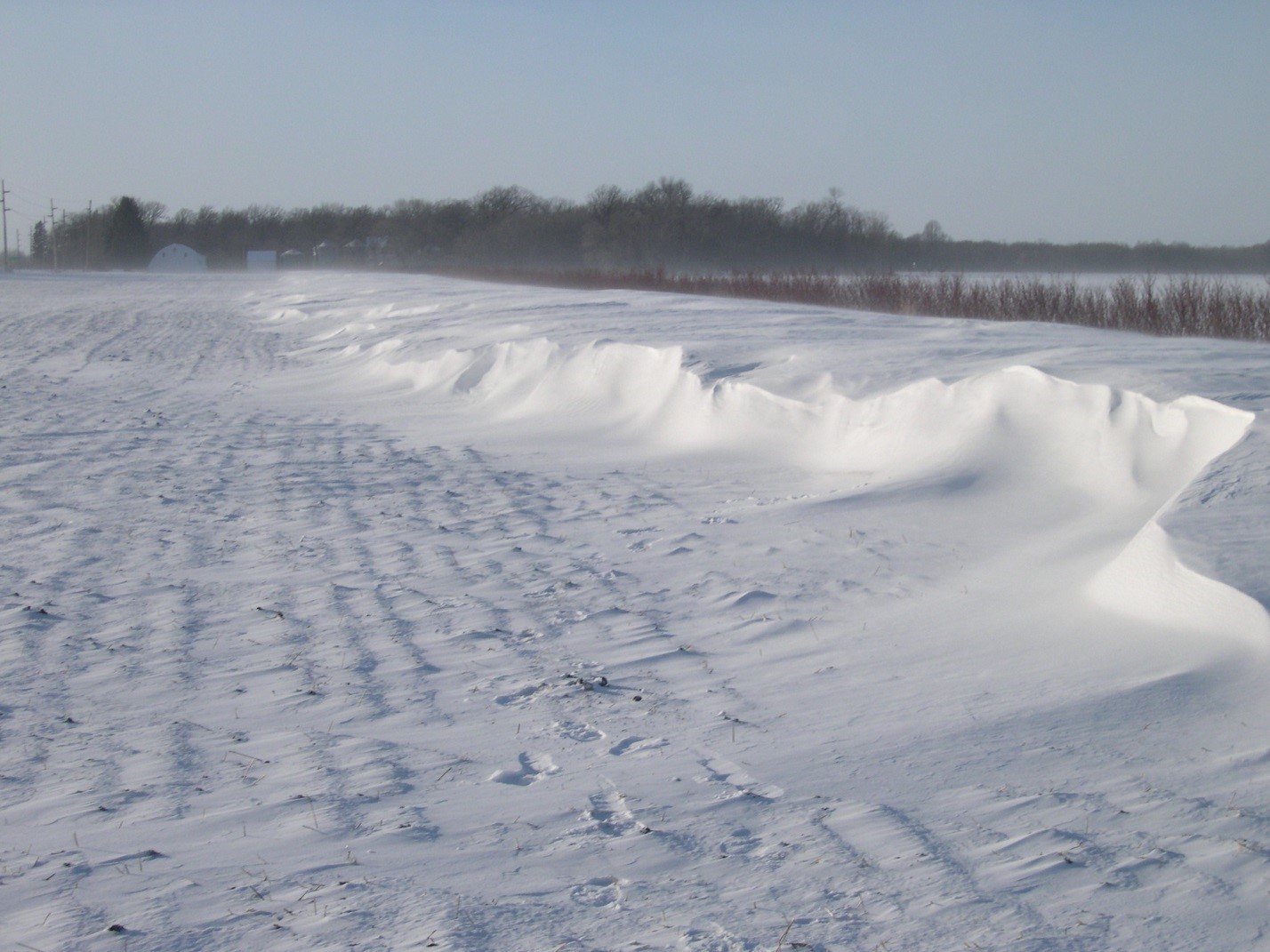 A snow drift forming downwind of a living corn stalk snow fence next to a roadway. Courtesy MNDOT

Here are some other steps that can be taken in snow drift prone locations:

Some areas have snow drift prevention down to a computable science. For decades, the state of Wyoming has used the extensive research of Dr. Ronald Tabler, the “blizzard wizard” from SHRP. The Wyoming Department of Transportation (WYDOT) has used Dr. Tabler’s mathematical formulas and designs to strategically place snow fences along the state’s highway system and save money. Through this snow drift module, Dr. Tabler and his associates found that “mechanical snow removal costs about 100 times more than trapping snow with fences.”

Other states have been taking notice. The New York State Department of Transportation (NYSDOT), in partnership with the Federal Highway Administration, has been using their own snow drift software to help them battle harsh east coast winters. A lot can be learned from these states’ expertise in keeping our roads safe and driveable all winter long. 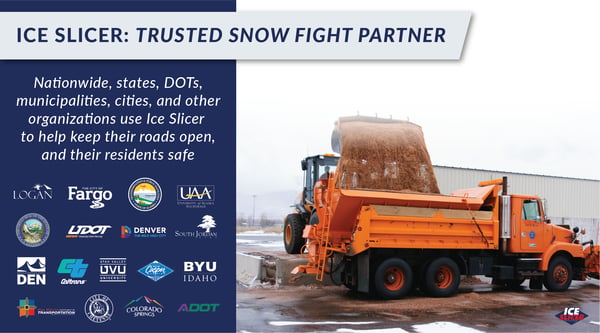 Ice Slicer is proud to partner with many states, DOT’s, municipalities, cities, and other organizations to help keep roads open and drivers safe. Our mission is to encourage responsible deicer usage as part of a multi-faceted snow fighting approach. Click here to learn more about how Ice Slicer’s naturally high performance can help restore safe, open roads for your area.