Did you know that over 70% of the US population lives in areas that receive more than 5 inches of annual snowfall? That means that over 229 million Americans are sharing the road with snow plows all winter long. Knowing how to safely drive alongside our brave snow fighters reduces accidents for everyone on the road. Here are some helpful driving safety tips to help you brush up on your snow plow etiquette. 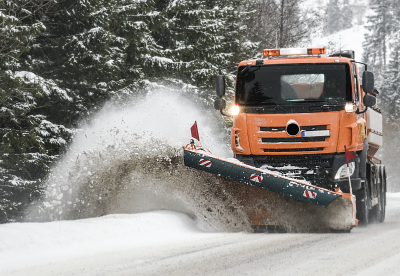 When driving near snow plows, we must all pay extra attention to visibility, distance, passing, speed, and echelon plowing.

Snow plows require a larger bubble of safety around them than other vehicles.

As was mentioned earlier, icy conditions greatly increase stopping distances, so watching your speed is essential.

Echelon plowing is when snow plows operate side by side across multiple lanes of a freeway to clear large areas at once. For high traffic areas, this is an extremely efficient way to get the most important arterial roadways open as quickly as possible. 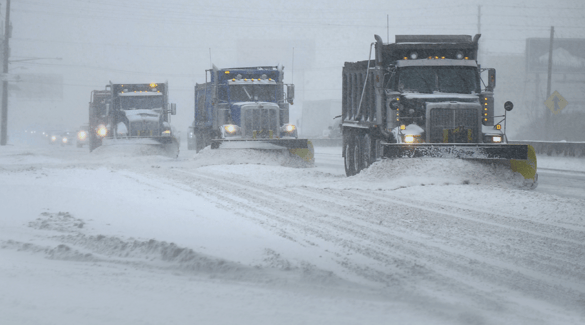 Here are a few more general safety guidelines for driving around snow plows:

Ice Slicer® is proud to partner up with snow plows every winter in restoring roads to safe and drive-able conditions.

• Click here to get our handy Winter Road Guide!

Our naturally high performing products are the perfect tool for snow fighters to quickly create brine, improve traction, and keep roads clear for longer. We are happy to provide snow fighters with the tools they need for this fight. Click here to learn how to calibrate your snow plows so they spread salt efficiently all winter long.